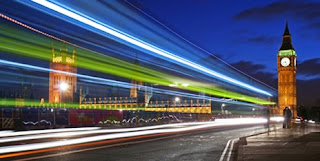 While I'm interested in any Scottish solutions with regards to stopping an EU Brexit I think they are a distraction from the priority.  The Scottish dimension is not really about Europe it is about Independence.  For the Scottish Government see everything - absolutely everything - through the prism of Independence. For me the priority is for Britain to remain within or as close we can to the EU; and to be clear, for me, the EU has always been far more than just a free trade area.

There can't be a Second Referendum on the EU.  That would be undemocratic and we cannot call for one when we rightly call out Scot Nats for demanding Indyref2 barely two years after the first - and a clear decision to boot.

But referenda are not the only way. They are not even particularly good at deciding very technical issues like on the EU. And they are so final if the change option wins. This makes them inflexible and somewhat undemocratic in that sense. As a result of last week's EU referendum we have handed a blank cheque to I'm not entirely sure who, to do I'm not entirely sure what.

When we voted we had no idea what Leave would look like. There was no white paper, no model, no roadmap - nothing. And this is without addressing the apparent fact that two of the central claims of the winning Leave campaign appear to be ones that there was no intention, or knowingly no possibility, of delivering. That is to say paying '£350m a week into NHS' and ending free movement of people. This is also without addressing that some (not all) Leave voters were voting on misconceptions as evidenced by attitude surveys during the campaign.

I want us to stay in the EU or salvage the best we can out of our broken relationship with Europe and vote on it in the traditional way via a general election. That's perfectly democratic. Now this requires real Labour to have the balls to stand up for that. It also requires pro EU Conservatives to stop trying to hold power for power's sake. The pro EU ones are meant to be in the majority in parliament. This may all require pro EU candidates and groups to cooperate in a one-off pro-EU coupon election.

But failing all this I want the Labour Party to be strong again - they need to jettison their foolish People's Popular Front sect of malevolents and romantics. In the Conservatives I want to see the Brexiters and thinly veiled anti-Europeans (such as May) defeated and something constructive regarding Europe emerge. Most of all I feel we need outward looking British liberalism to start doing well across all the parties again.

Crucially, I want to see the Liberal Democrats, who have taken a far heavier electoral toll than they ever deserved, returning to strength.  We desperately need them in our political mix with a loud and vibrant voice.

These are turbulent times in British politics and all this may not be possible.  The stable of contenders for the Conservative leadership does not fill me with hope. Our continuing creaking democracy based on an 18th century system never designed for party politics let alone the multiple and changing choices we have today continues to depress me.  Not least when it begins to threaten our stability with embedded tribal loyalties and exaggerated regional differences with their ludicrous over representations.  This is an unresponsive democracy whose senses to real opinion are dulled, especially when they deliver absolute majorities on not much more than a third of the vote and on tiny shifts in support.

But there is many a twist and turn in the road ahead before we are done with these turbulent times.  Whatever happens I do not want to see a return to our political system as we have known it.  The realignment of the 1980s did not quite come off.  This time the fault lines of opinion have truly shifted.

This time I want to see real realignment and with it an end to our whole rotten political system.
Posted by GHmltn at 03:15 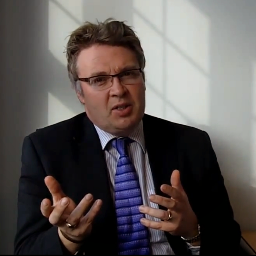